Sassi Bianchi is in a woody complex, a refuge for numerous wild animals, has 40 hectares of land and is situated in the splendid landscape of the Chianti hills.
.
With a bit of luck, one can encounter hares, pheasants, wild boars, deer, badgers, coots, mallards, ducks, that go to water in the small like

From Farmhouse guests can easily reach the most famous art centers, can reach San Gimignano with its famous towers, Siena with the magnificent Piazza del Campo at 50km, the majestic dome by Brunelleschi Florence, Pisa with the amazing leaning tower.
The golf center of Castelfalfi is just 10km away. 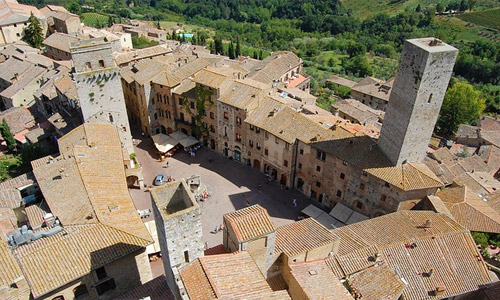 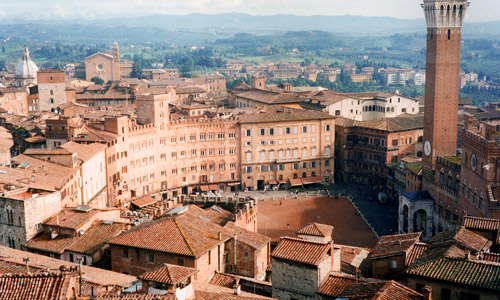 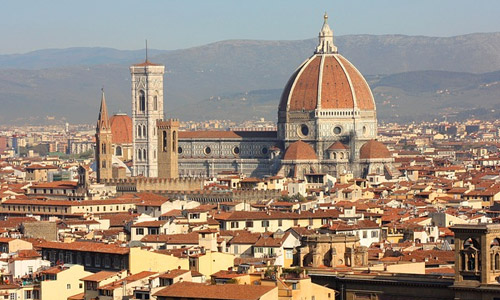 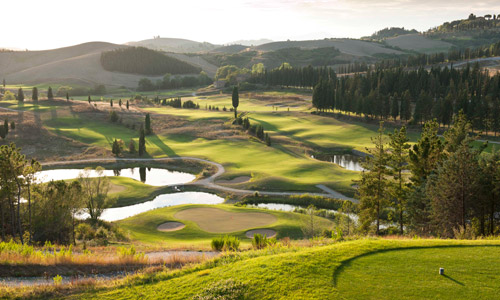 San Gimignano is a small town of about 8,000 inhabitants in the province of Siena in Tuscany, characterized by the medieval architecture of its historic centre, which was acknowledged by UNESCO as a World Heritage Site. The site has remained intact since the XII and XIII century in spite of some minor changes in the last century, famous all over the world are its medieval towers that still stand out on its landscape.

Siena is famous in the world for its historical and artistic heritage, its landscape and urban medieval design, and for this it has became since1995 an UNESCO World Heritage Site.
Do not miss the famous Palio twice a year on July 2nd and August 16th.

It was one of the most important cities of the Middle Ages , for its culture, commerce, economic and financial centre . It was the capital of the Grand Duchy of Tuscany, from 1569 to 1859, with the dynasty of the Medici and Lorraine it is considered the birthplace of the Renaissance. Florence was the capital of Italy from 1865 to 1871.
Today it has an important university and an UNESCO World Heritage Site, is known throughout the world as one of the cradles of art and architecture, as well as universally recognized as one of the most beautiful cities in the world, with many famous monuments and museums in its historic centre.

The Golf Club Castelfalfi can offer a unique experience, it is possible to play golf and at the same time enjoy the scenery typical of the Tuscan countryside.
X
I cookie ci aiutano a fornire i nostri servizi. Utilizzando tali servizi, accetti l'utilizzo dei cookie da parte nostra. Informazioni OK